As i knew running an arduino from 4.5V was on the low side i went looking for a dc-dc boost to up the voltage to something more useful. What i found was a module used for charging USB devices from voltages down as far as 3V. These are rated at 700mA so more than enough for what we’re running off them. The actual output voltage is 5.5V which is in the acceptable range for the arduino. 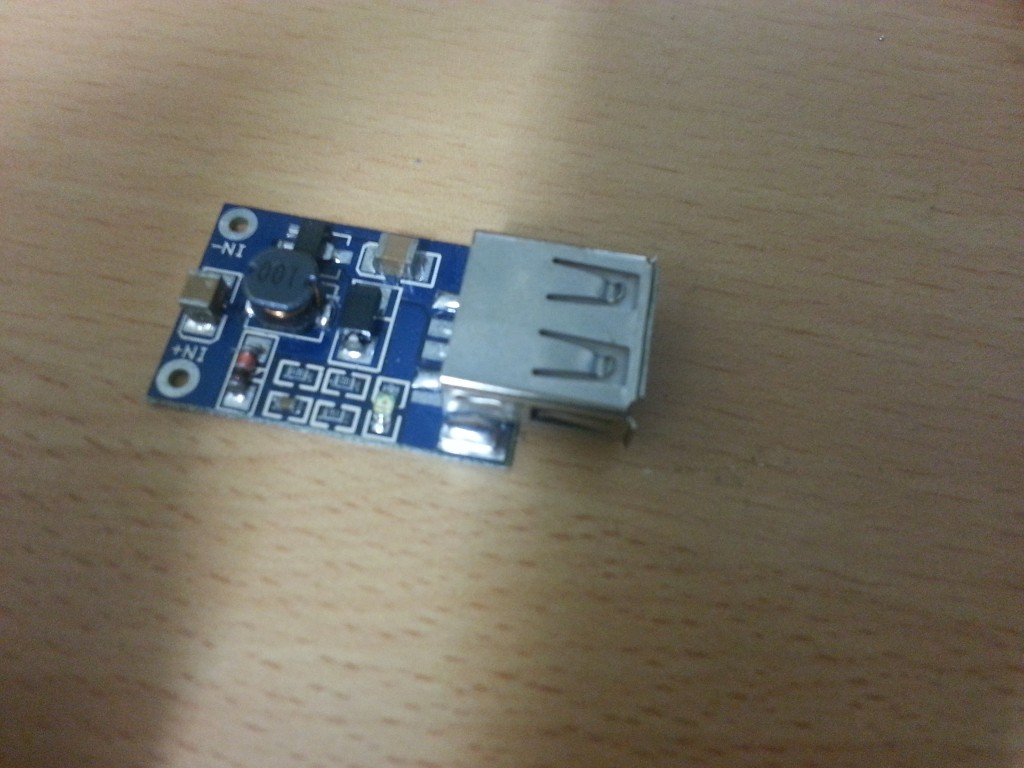 Having unsoldered the USB connector i added it to the car, powering only the arduino and i’m pleased to say it works perfectly. Even holding the motors in still (so at full load) the arduino doesn’t reset – result! 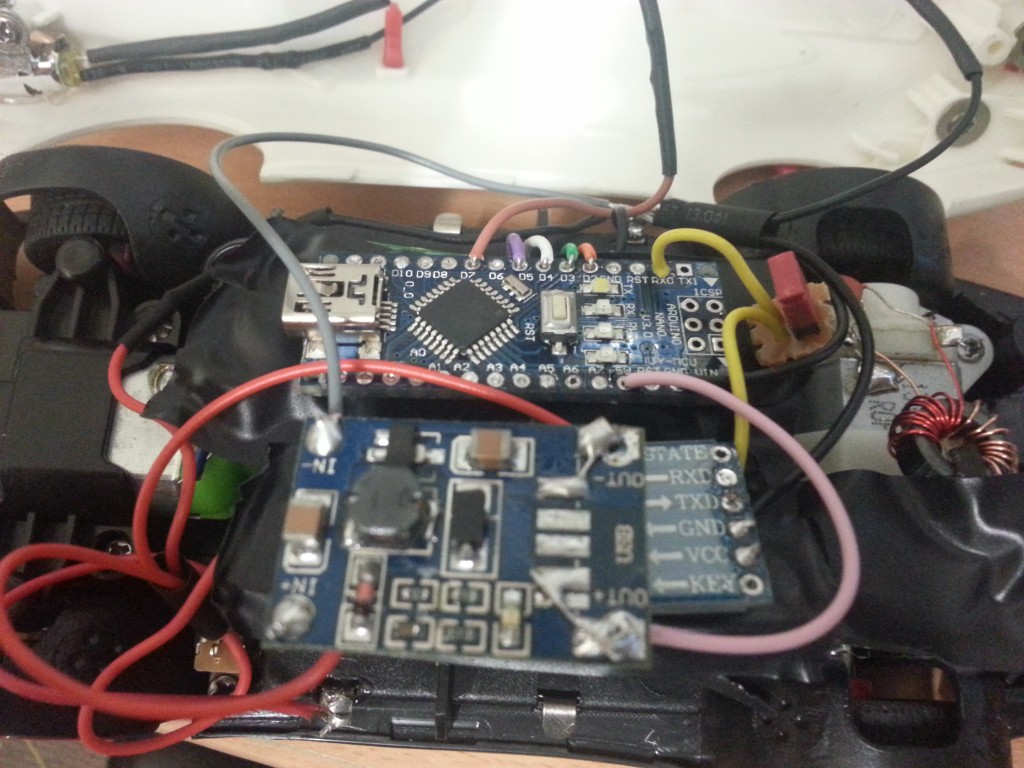 Also to note in the above picture is the jumper on the RX line, this is because you can’t program the arduino with a serial device attached so it’s used to disconnect the bluetooth module.

The android app side of things still needs tweaking and i hope to get to that soon.